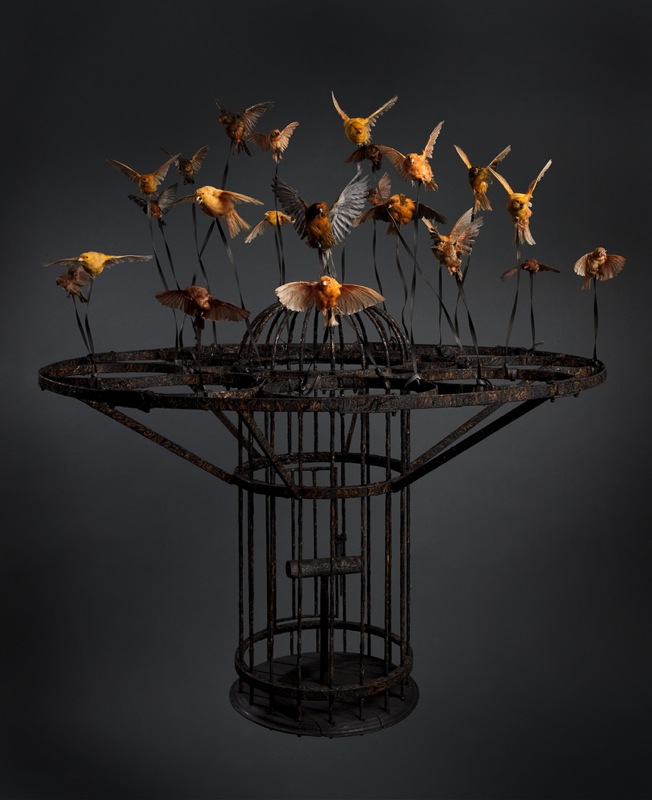 “I am glad that you are going to Egypt at last, little Swallow,” said
the Prince, “You have stayed too long here; but you must kiss me on the lips, for I love you.”
“It is not to Egypt that I am going,” said the Swallow.
“I am going to the House of Death. Death is the brother of Sleep, is he not?”

“In my glass-coffin, I’m waiting”

The most macroscopic difference between life and death is probably movement. The living bodies, even in the deepest sleep or in a coma, got a slight vibration. The dead are still. Frozen in stop-motion in their last position, like statues. 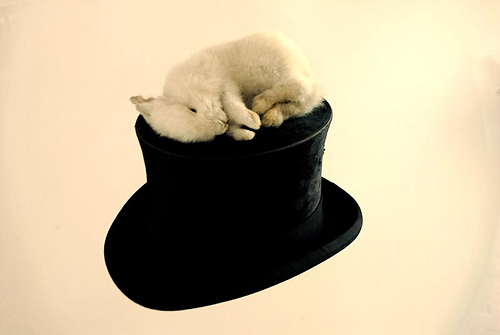 Art was born in the Palaeolithic with the ritual composition of corpses in the burials. Objects, poses, grave goods, with transcendent meanings. Polly Morgan applies the same proceeding to little animals, setting up funerary chambers, waiting places, or symbolical compositions in the Seventeenth Century still-life style. 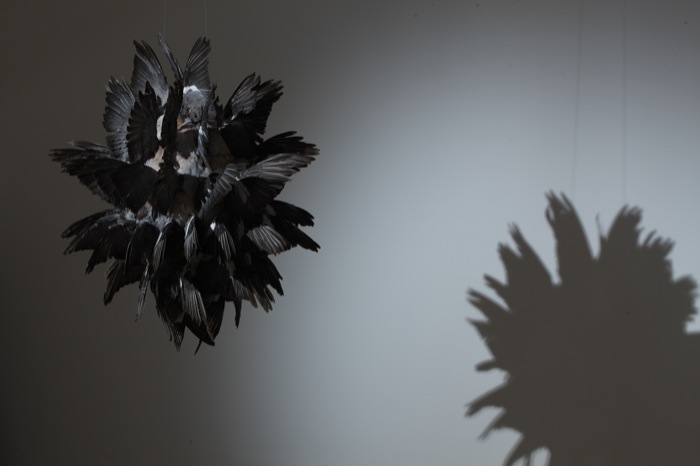 The Black Fever is a bunch of severed wings, like a headless black seraph. 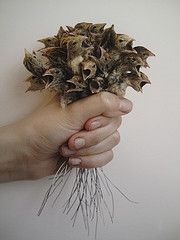 All the transformations occur in death, and a posy can blossom with heads of little birds instead of corollas. Morning: a robin sinks into the glass of a window, becoming a metaphor of lethal captivity, of the deceit of the senses, of everything we can not foresee. 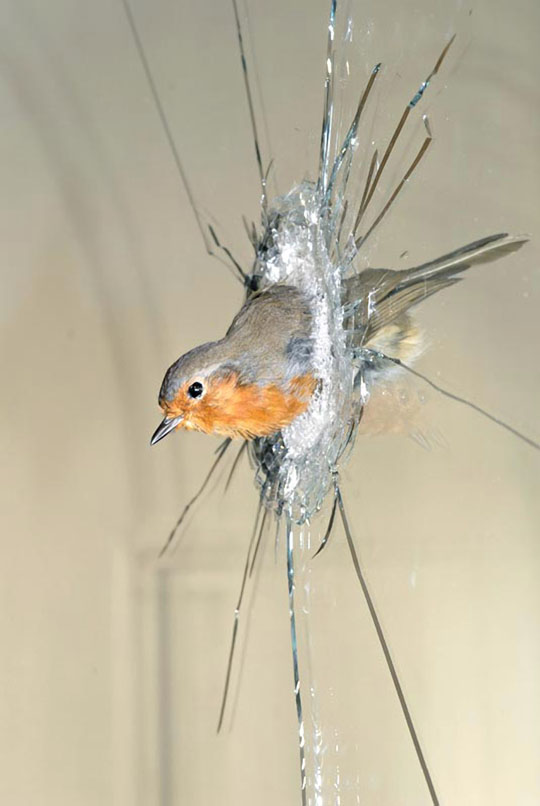 Receiver: a nest of screaming just-borne birds has transferred on the receiver of a phone, committing their hunger to the ether. The same hunger felt by those who come up to the telephone in search of contact. 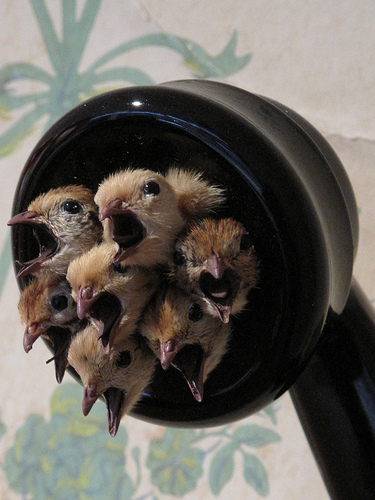 The technique used by Morgan is taxidermy, which represents one of the many challenges of men to death, and which turns, as usual in these cases, in a defeat. The hand of man can stop the process of decomposition, and preserve the shape. But it can do nothing against the ultimate reality of loss. Only image, shape, appearance remains of the deceased creature. Never substance. 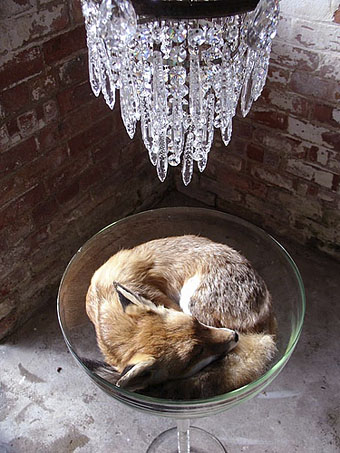 A little fox sleeps rolled up in a goblet of glass, under crystal stalagmites. The White Rabbit has chosen the top of the magician’s top hat. A robin lies down on an old pocket-size book of hours inside a micro-world of glass. 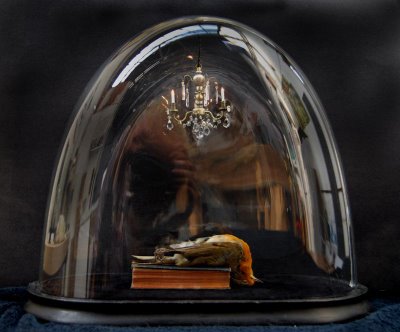 These shrines have often the shape of those plexiglass little domes with liquid suspension and fake snow, or glitters. The same perfect world where Susie Salmon, the protagonist of The Lovely Bones (Peter Jackson, 2009) goes after her passing. 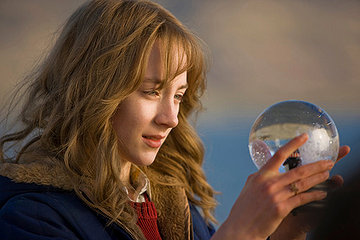 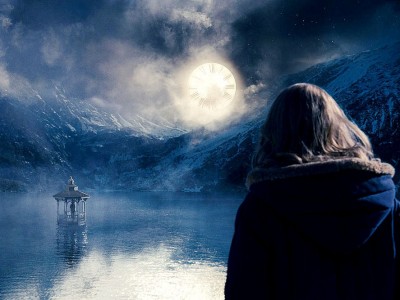 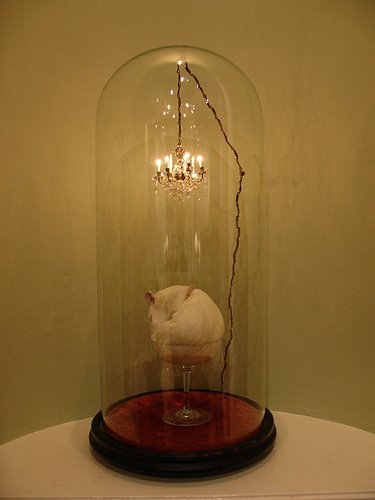 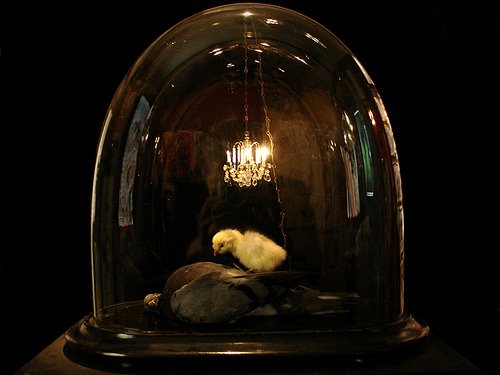 Polly Morgan sets up tabernacles illuminated by little chandeliers made of crystal, the bejewelled version of the lights on the graves. Glass functions as a separating borderline, but also as an imitation of ice and its embroidery. It also reminds of the glass coffin of Snow-White, and her apparent death. 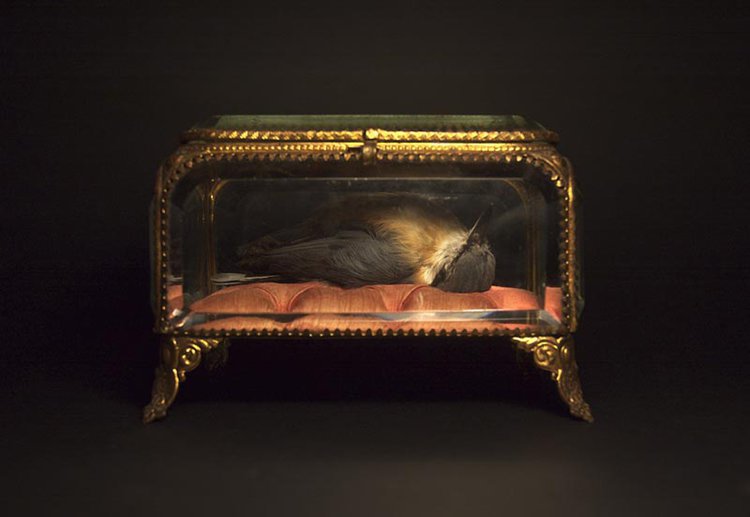 The first encounter with death for many children is when they find little birds fallen from their nests. Little unfledged commas, with huge eyes and rounded beaks.
Polly Morgan reclaims these little birds, dead before learning to fly; she embalms them, and puts them into a glass case, suspended to helium balloons of seven different colours. These miniature funereal monuments become wistful emblems, of the things which one was born for, and which are not possible to do. 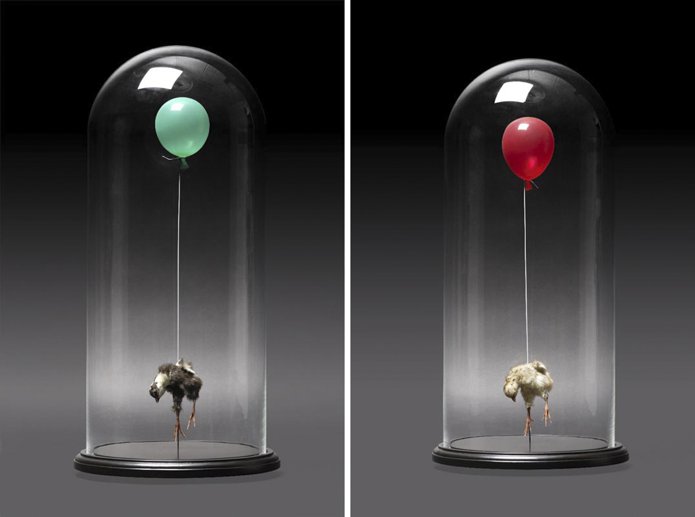 The work Systemic Inflammation is constituted by little flames, a flock of flying canaries, transporting a cage. A heavy, medieval cage, representing the abstraction of body relics. A hollow container dislocated by the messengers, with an invisible content. In almost all cultures birds are psychopomps, creatures which lead the souls from a world to another. This is because birds, unlike men, have wings, and are not bound to the ground. 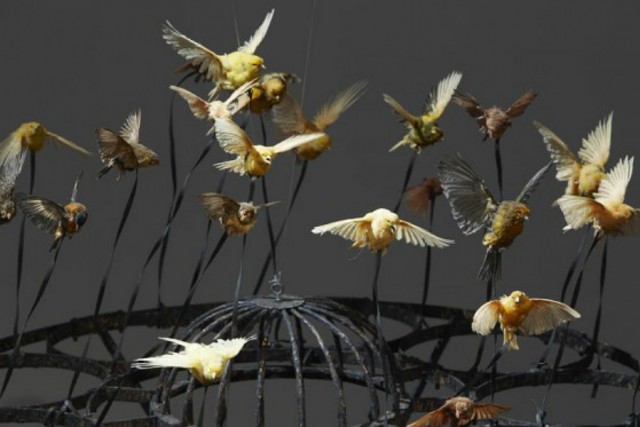 The theoreticians of cinema say that art was born from the so-called mummy complex, which is the human will of preserving the shapes of things and beings from the erosion of time. 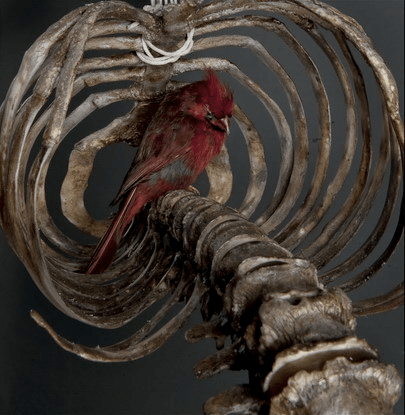 The art of Polly Morgan starts from this, but goes beyond. It overflies borderlands, it speaks about distances, losses, love and memory. 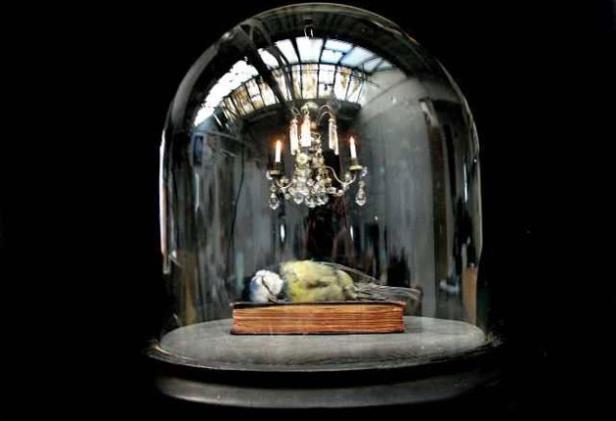 It is like the swarming life and the death which freezes, in that time and that place in which they are the very same thing. 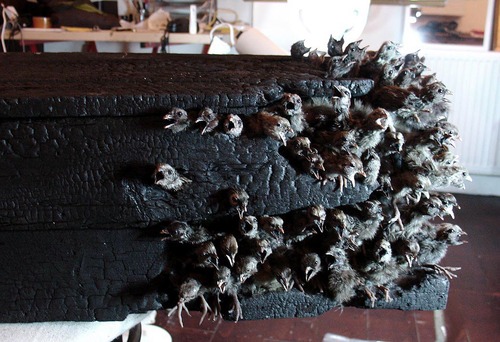 Published on May the 2nd 2011 on Lobodilattice 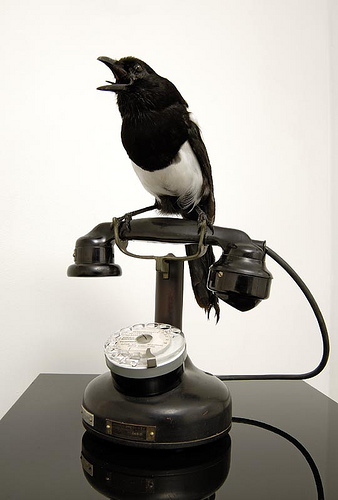