POP CLASSIC _ The exhibition of Pabo at Superplan, Berlin 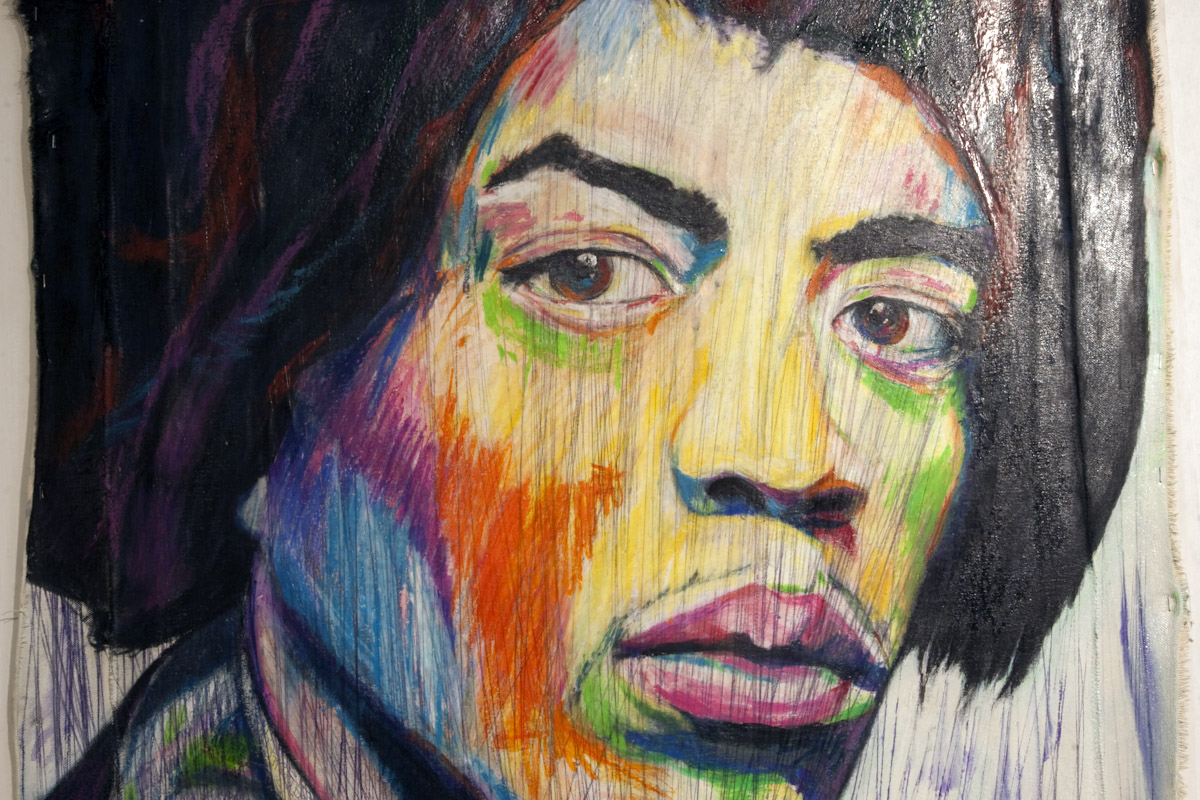 In the horizon of big urban conglomerates, the spectators’ eye expects to see – beyond the spaces occupied by advertising – the canon of stencils, the quick letters in stick or bubble style, the wild multilevel labyrinths. Portraiture is a phenomenon mainly based in American metropolis, and deals with the private sphere of mortuary epigraphs: the subjects are the victims of gang-wars, or anyhow, dead people. Almost all painted in spray. 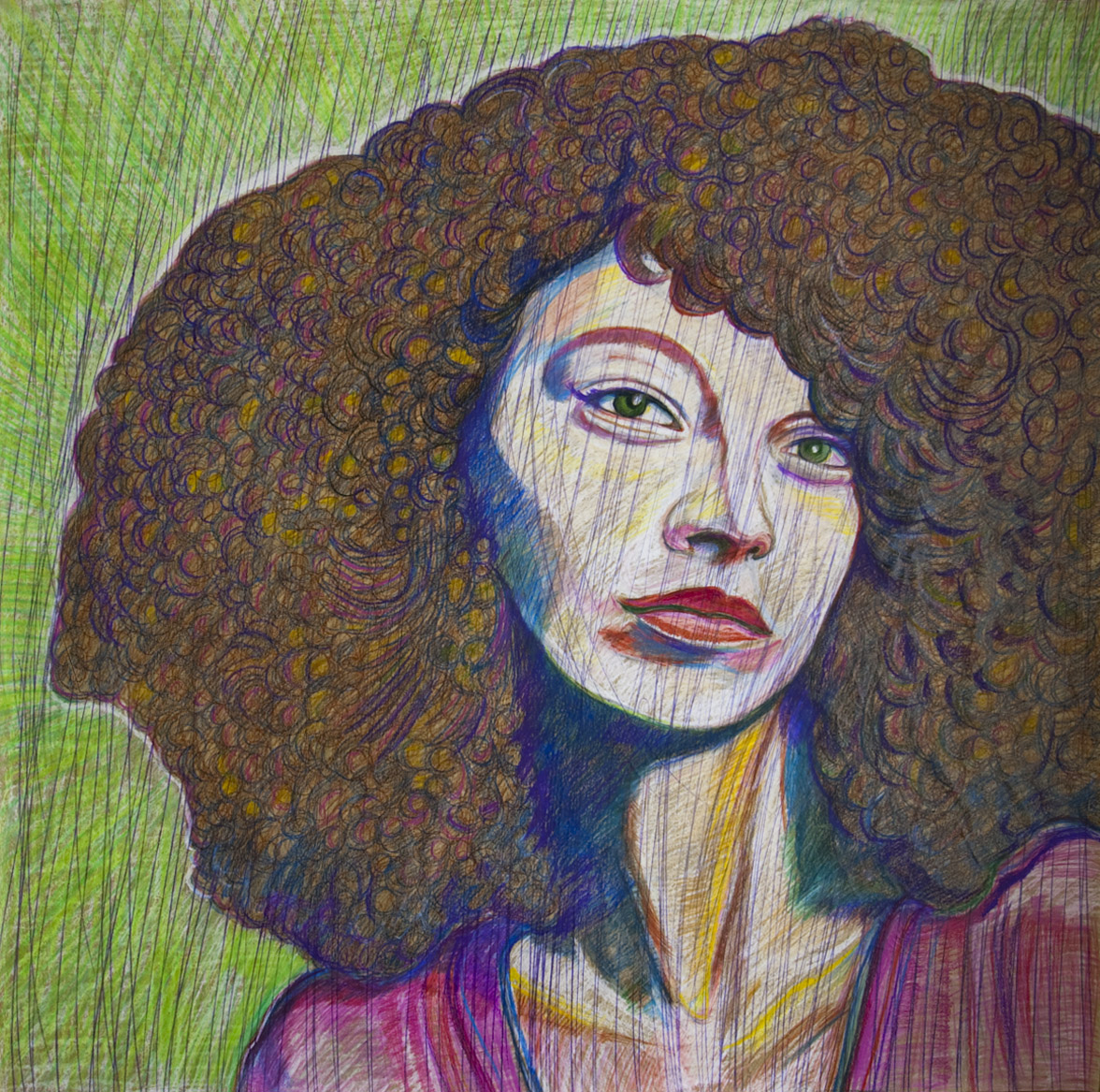 PABO breaks this code, not as much for the subjects – he isn’t the first street artist who represents pop culture icons- but rather for technique. He makes pencil drawing portrays, crowded with signs, with the pale and subtle colours of crayons and of ballpoint pen scratches. Famous ghosts, in absolutely classic style. 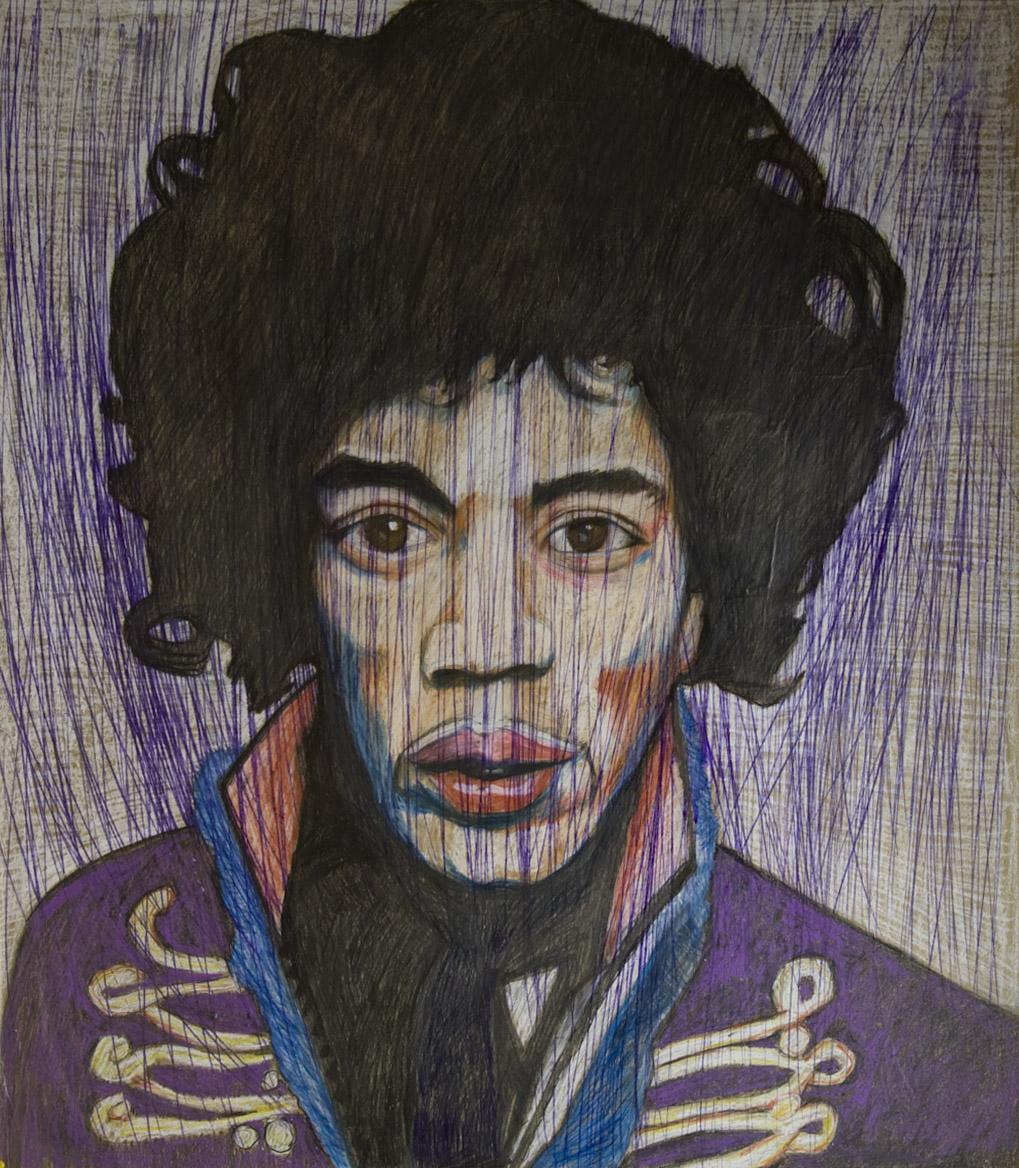 Jimi Hendrix, baron jacket and maudit neckwear, becomes an alchemist, lighted by acid glares, with strong and tender features like the boys of Caravaggio. Hendrix, in the triptych in which he appears, is flanked by a preacher, Martin Luther King, and a dancer, Cassius Clay. Words and mind, ether and music, body and harmonics of war. The Golden Boy, the Hand of God, the number one client of pushers and detox-programmes, collectors of by-blows, churches and aedicules  dedicated to him in Argentina and in Naples: despite his sparkling curriculum, Diego Armando Maradona is represented in a still and unruffled way, almost like an ancient herm. 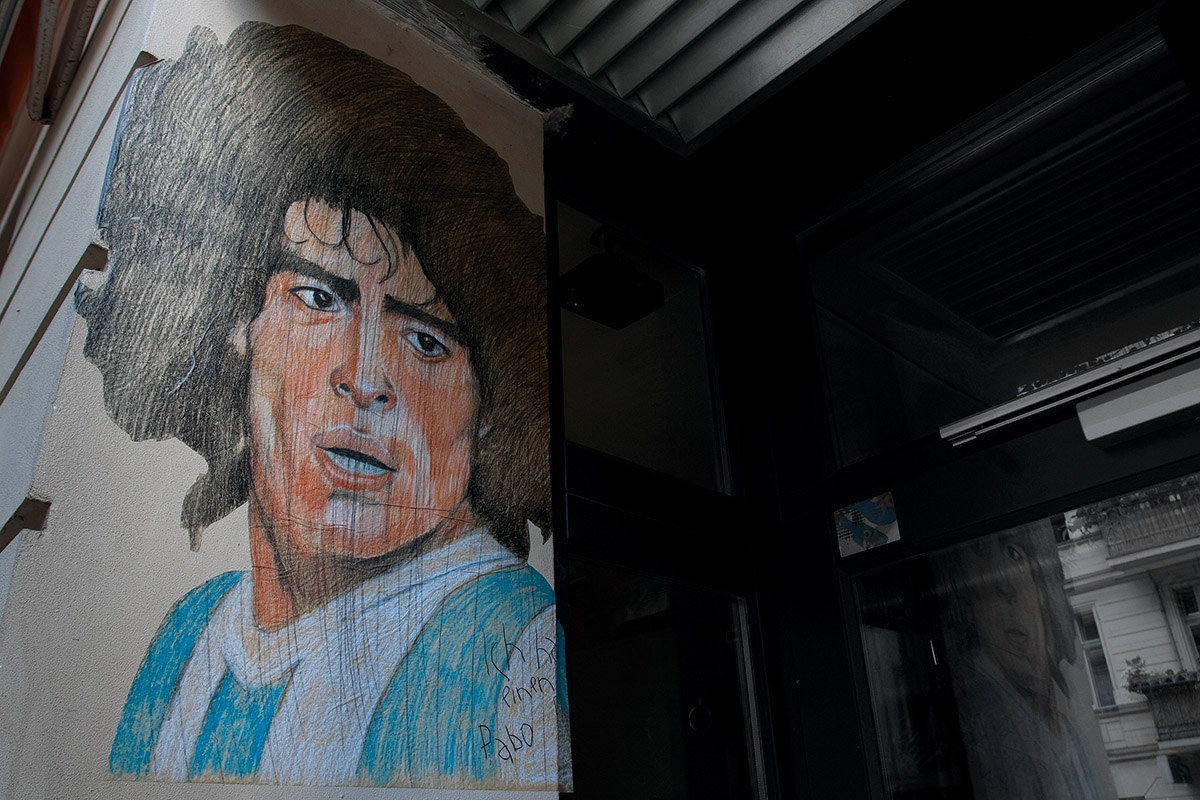 The other subjects chosen by PABO are Birol Unel, a niche German/Turkish actor, and a victim of Hurricane Katrina.

Playing on the borderline which separates heaven and hell, the eternity and the fifteen minutes of fame, PABO proposes a temporal melting pot of styles and ages, a con/fusion between the private dimension of the sketch-pad and the public dimension of the city walls, showing us a mapping of the collective imaginary’s memory. 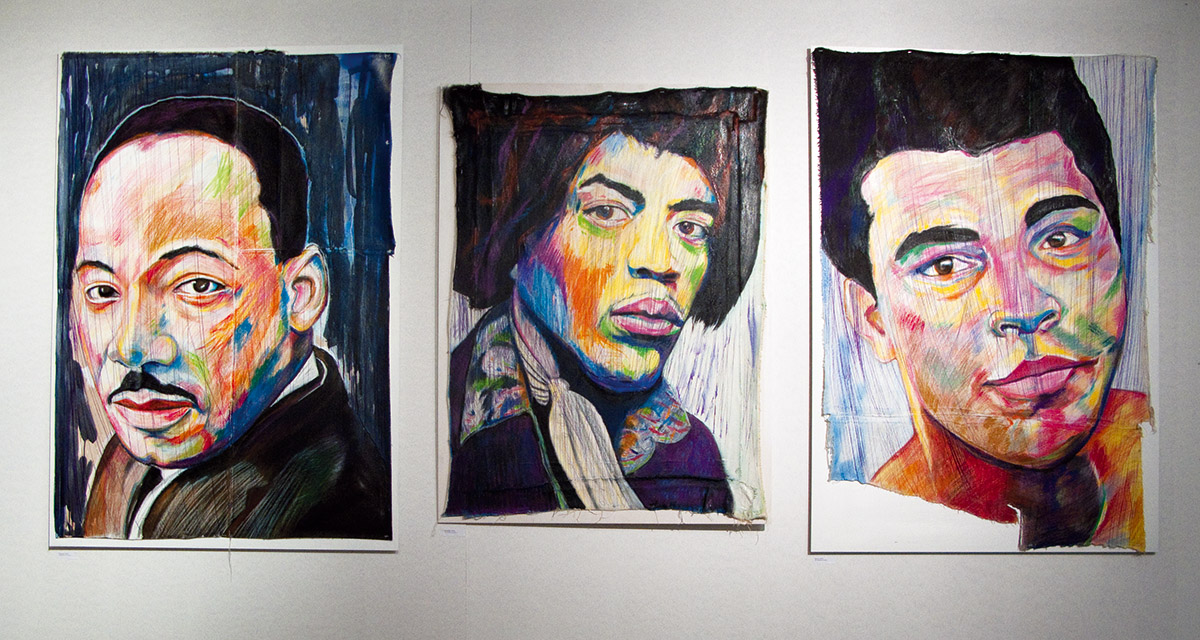 Text for the exhibition of Pabo at Superplan Gallery, Berlin, February the 26th, 2010